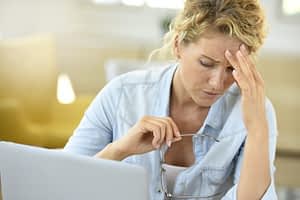 Few things will cause more fear and stress than being diagnosed with a rare disease. Instantly, you’ll wonder what can be done to treat it, to make it go away, to pretend it never existed. A rare condition such as Moyamoya Disease can be a tough thing to accept and manage, but know that there are modern neurosurgery treatments available to help you overcome this condition’s negative effects.

What is Moyamoya Disease?

Moyamoya disease is a rare cerebrovascular disorder in which arteries at the base of the brain become blocked and constricted. The brain will then form a cluster of tiny blood vessels to compensate for the blockage and allow an emergency blood flow around the brain. The term “moyamoya” means “puff of smoke” in Japanese and was given to this disease due to the cloud-like shape the cluster of blood vessels create.

The disease was originally found in Japan in the 1960s and has since affected people in the United States, Europe, Africa and Australia. The causes of Moyamoya disease have perplexed the medical field but researchers generally believe the condition can be a cause of inherited genetic deformities. Whatever the cause, medical treatment is strongly advised to prevent the further constriction of arteries which could lead to multiple strokes, mental deterioration and even death.

What Are the Symptoms?

Moyamoya disease usually affects children and adults in their third and fourth decade. The most common symptom experienced by adults is intracranial bleeding due to the constriction of the arteries. Other Moyamoya symptoms include:

If you experience symptoms similar to those of Moyamoya disease, you should undergo testing to determine the severity of the disease and the treatment option to utilize. You will be subject to a thorough medical history check that will follow any documented occurrences in relatives, an array of physical tests, and MRI or CT scans.

A disease’s “rare” status can bring an excess of sleepless nights for you and the ones you love. You’ll often wonder what the outcomes of having a condition such as Moyamoya disease will be, but most importantly, you’ll be desperate to know if it’s treatable. Remain calm and know that IGEA Brain, Spine & Orthopedics has the treatment you need to fight against the dangers of Moyamoya disease.

The EC-IC procedure is performed to bypass a clogged artery to resume and increase blood flow within the brain. A “donor artery” will be exposed from the scalp or the neck and will then be connected to the arteries that lead to the brain. Our team of neurosurgeons may need an additional vain that can be retrieved from the leg in order to provide more blood flow to the affected area.

After the procedure has been performed, your daily routine may be affected for up to six months. You will need to revisit your neurosurgeon to determine what medication will be needed to help your brain recover faster. Aspirin is usually prescribed to thin the blood and allow it to flow through the brain easily.