On The Road Again 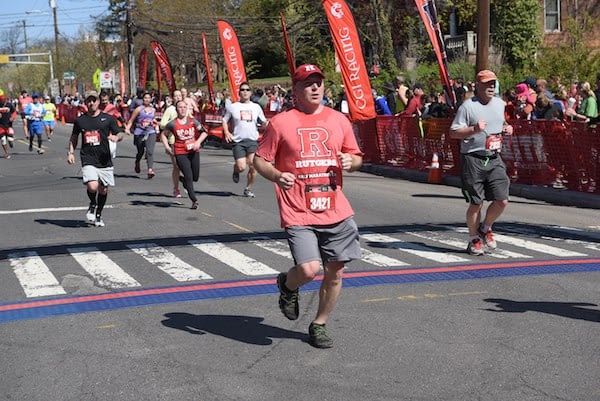 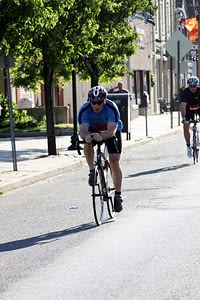 Although Mike’s heart proved to be fine, Dr. Lipson knew there was more to this. He gave Mike a quick exam, ordering an MRI of his neck. The next day, Dr. Lipson called Weems in to show him the MRI revealed a severely herniated C5-6 disc, which was compressing 60 percent of his spinal cord.

Weems admitted to the doctor that he was “struggling to get around.” Lipson told Weems that after seeing his MRI, he was surprised Weems was even walking. “Most people in my situation are in wheelchairs,” Weems recalls. 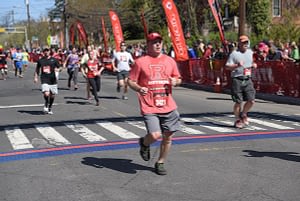 “It was eye-opening for sure. It was an extremely scary experience when Dr. Lipson showed me the MRI and what I was at risk for. If it would have snapped,” says Weems, “I would have been paralyzed from the neck down.” With time of the essence, Dr. Lipson told Mike he was ready to operate and performed an anterior cervical disc replacement.

Explains Weems, “Literally when I woke up from surgery, I had full feeling and range of motion. Everything was back. It was amazing.” Remarkably, Weems was even able to get clearance to drive his daughter to North Carolina to look at colleges only five days after the surgery.

Receiving full clearance several months later, Weems began his physical activities, including weightlifting. But his story didn’t end there. Unfortunately, his lower back pain worsened, and in April 2015, he and Dr. Lipson decided on a microdiscectomy (surgery with the use of a special microscope to remove a herniated disc).

Similar to his other procedure, Weems felt immediate relief. “I had really been struggling with leg pain, and it was gone.”

In two months, he was back to weightlifting, running and biking. Then, one year later, Mike Weems ran the Unite Rutgers Half Marathon with his 18-year-old daughter, coming in together at 2:15:07. Since then, he has been triathlon training again.

Says the patient of Dr. Lipson, “I can’t thank him enough in terms of the treatment he provided, and everyone in the office is extremely professional. I will be forever grateful to him and his staff for what they’ve done for me.”