Becoming Mindful of the Brain and its Functions 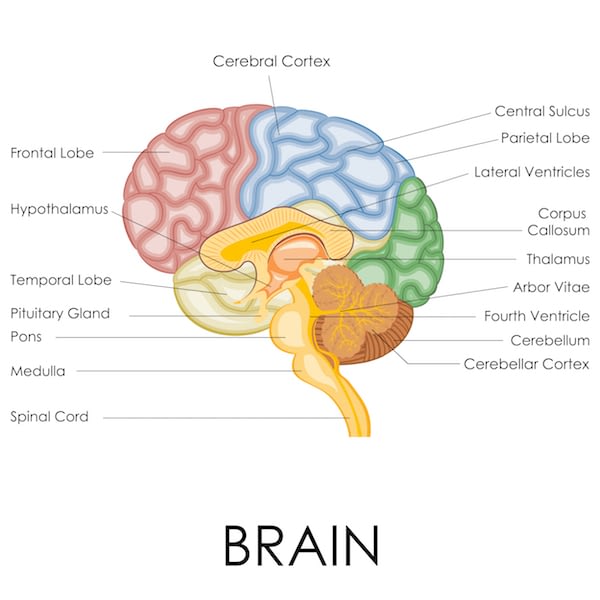 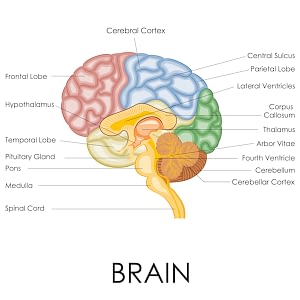 The human brain is the epicenter of the central nervous system, which controls the body’s most vital tasks. Everything from movement of limbs and facial features to regulating bodily functions like breathing is sent as a message from some part of the brain.

Comprised of billions of nerve cells that communicate with the body through the spinal cord, the brain is a complicated organ separated into several sections and subsections. Below is a breakdown of the parts of the brain, and how they contribute to the body’s functions and abilities.

Also called the cortex, the cerebrum makes up the largest part of the brain. It is associated with higher functions, such as cognitive thoughts and actions. There are four sections of the cerebrum (called lobes), each of which contributes to the body differently. The four lobes and their functions are as follows:

The cerebellum (also called the little brain) resembles a smaller version of the cortex, because of its densely wrinkled appearance and its halved parts. It is responsible for several physical tasks, like movement, balance, posture and coordination. Although smaller in size, the cerebellum contains more neurons than the entire brain. It is critical for accomplishing day-to-day tasks as simple as walking or sitting down.

Called the “emotional brain,” the limbic system is comprised of four glands which are found inside the cerebrum. The glands help to express emotions and regulate hormonal responses. They are:

The brain stem is regarded by many as the most important part of the entire brain and nervous system. It is connected to the spine and carries out the task of sending messages to all parts of the body. Every physical movement in the body is carried out in some capacity from the brain stem. Even basic functions such as heartbeat and breathing come initially from the brain stem.

Along with its importance, the brain stem is also regarded as being one of the simplest parts of the brain system. This is because most creatures on the evolutionary scale have some type of brain development that resembles a stem.

There are three parts of the brain stem: the midbrain, the pons and the medulla. Below is an explanation of what each part does in relation to the brain system:

At IGEA Brain & Spine, our neurosurgeons have extensive experience in treating conditions of the brain. Utilizing the latest tools and techniques, our practice offers compassionate, comprehensive treatment for those living with brain, spine and neuroendovascular disorders.

For more information or to schedule an appointment with one of our specialists, contact IGEA today.