A Story of Skill, Faith and Miracles: Dr. Ciro Randazzo Saves a Life 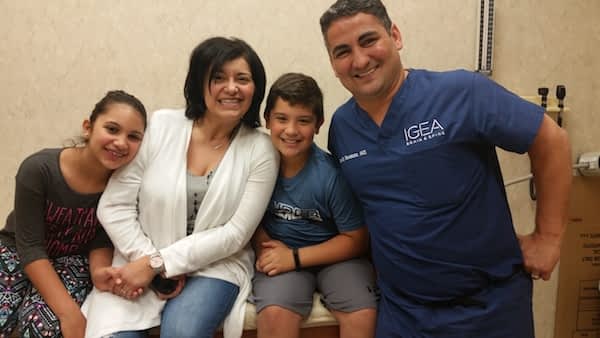 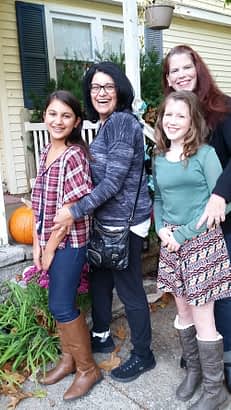 For Carmela Cortes, it all began on December 7, 2012, with a routine check-up at her primary care doctor. Cortes, who had always been healthy, was informed that her blood pressure was high. She told the doctor it was probably just her jittery nerves since she and her husband were having difficulties and seeing a therapist.

Cortes was rushed to the hospital, where she and her family met the doctor who would save her life. Dr. Ciro Randazzo of IGEA Brain & Spine was on duty at AtlantiCare Regional Medical Center. He operated on Cortes at 3 a.m., repairing the left torn carotid artery (the artery that controls the right side of the body).

The following day, Dr. Randazzo performed a second surgery to remove her skull in order to accommodate her traumatized, swelling brain.

Dr. Randazzo, a neurosurgeon and neuroendovascular specialist, was straightforward with the Cortes family. “It’s very grim,” he told them.

Placed on life support, Cortes’ prognosis was poor. She displayed no movement or response, increasingly bad signs. Her sister and caretaker Rosa explains: “After the first surgery, we were told that things did not look good and that Carmela would probably not survive the night. They told us that if the brain swells, even if she comes back, she wouldn’t have any of her personality, maybe be blind or without speech; she wouldn’t know her own children.” 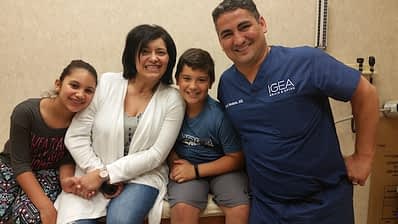 Surprisingly, Cortes hung on, but she wasn’t nearly out of the woods. Every day of that initial week, the doctors told her family things were getting worse. “Let’s let the holidays pass,” they said, “and then you can think about putting her into a nursing home.”

Although things looked as though they were declining, one thing steadily grew: their belief in Dr. Randazzo. He was building the kind of trust and care that every patient and family hopes for in a doctor. His honesty and expertise comforted the family. And beyond that, he spoke with Cortes’ parents in their native Sicilian. That truly won them over.

Explains Rosa: “Before Dr. Randazzo went in for the second surgery, I took his hand and told him, ‘You just do what you can with your gift, and God will do the rest.’”

Following the surgery, he checked on his patient constantly. “It became like our family member was doing her surgery. It wasn’t like seeing the doctor side, that pragmatic side, ‘I can’t get involved.’ You could tell his whole heart went into our family.”

December 18—24 were difficult days. On Christmas Eve, the doctors called the family in and painted a bleak picture.

But for this religious patient and her family, there are miracles. Not even a half hour later, Cortes opened her eyes. She recognized her parents. She took a picture of her children and placed it on her chest. “Miracles do exist. I am a walking testimony that they are possible,” says Cortes.

Four years later, the 43-year-old mother of two has beaten all the odds. In fact, she recently achieved independence by taking a special driver’s course—passing both a cognitive test and a driver’s test—to have her license reinstated. It’s an amazing feat, allowing her mobility despite paralysis on her right side.

“God is good,” says Cortes. “I can live again. I have a new car. It’s beautiful. It’s freedom. I go to ShopRite, CVS and do laundry. The mundane stuff is brilliant for me. I thank Dr. Randazzo.”

*There are two carotid arteries, the right and the left. They are the major blood vessels in the neck that supply blood to the brain, neck and face.