A Lifesaving Surgery for a Condition Without Symptoms 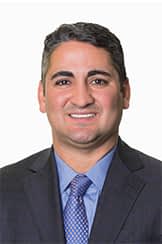 For Roseann Zielinski, an anxiety attack turned out to be a good thing. In 2005, Zielinski was driving when she experienced her attack. She pulled her car over to the side of the road before passing out. An ambulance trip to the hospital and subsequent testing turned out to reveal something serious, despite the fact it had absolutely no connection to the anxiety attack or the fainting spell.

According to the Brain Aneurysm Foundation, an estimated six million people in the U.S. have an unruptured brain aneurysm. That translates to one in 50 Americans. As it turns out, Roseann Zielinski is one of them. That was her diagnosis following hospital testing.

A brain aneurysm occurs when an area of the artery that supplies blood to the brain weakens or bulges. It then fills with blood. The risk is that an aneurysm ruptures, causing bleeding into the brain which results in stroke, brain damage or death. Aneurysms have a variety of causes, which may include atherosclerosis, high blood pressure, heredity, trauma or abnormal blood flow at the juncture of the arteries. However, they don’t present symptoms, compounding the risk.

Zielinski was waitlisted for a New York neurosurgeon, who ultimately placed eight coils within the artery to protect her aneurysm. Coil embolization is a minimally invasive surgical procedure that promotes clotting and results in closing off the aneurysm, thus reducing the risk of a rupture.

The now 65-year-old Woodridge, New Jersey resident was given a clean bill of health and instructed to return for regular check-ups (standard protocol). Upon one of her returns, she received startling news: Her neurosurgeon was no longer accepting her insurance plan. “I was devastated,” she said, “a nervous wreck. What was I supposed to do?”

Searching high and low for a new neurosurgeon, she finally found someone who recommended Dr. Ciro Randazzo of IGEA Brain & Spine. In January 2015, Zielinski called the office who scheduled an immediate appointment. Dr. Randazzo ordered various tests, including an MRA (magnetic resonance angiogram)—with and without contrast. These tests examined her blood vessels and revealed a small growth of the aneurysm.

Dr. Randazzo explained his patient’s options, and the decision was made to insert extra coils to contain the aneurysm. Endovascular repair, such as with coiling, is a minimally invasive surgical technique, one in which Dr. Randazzo is an expert. More specifically, he is an expert in the treatment of intracranial aneurysm utilizing coiling with flow diversion and the Pipeline® Embolization Device (PED). In fact, he has co-authored several articles on the PED and is a proctor who has traveled across the country teaching other physicians how to use the device. The PED is the first and only flow diversion device approved by the FDA.

A mere several days after the procedure, Zielinski reported “a great recovery.”

It’s been almost two years. She continues to see Dr. Randazzo for an annual check-up and MRA.

Of Dr. Randazzo, Zielinski raves, “I adore him. I think he’s fabulous, very kind and very understanding. He has a wonderful bedside manner. He is so sincere when he talks to you and makes you feel so at ease. You can talk to him. I thank God every day that I met him and that he was able to treat my condition. I can’t recommend him enough.”

While she is grateful to be in good hands, Zielinksi admits, “I still get nervous. I’ll probably be nervous the rest of my life, but when I see Dr. Randazzo, he puts me at ease.”

Today, Roseann Zielinski has no restrictions. A walker for 30 years, she continues her five-mile daily trek. And after a recent visit to Dr. Randazzo, she has a clean bill of health and happily proclaims, “Now I can plan my daughter’s wedding!”