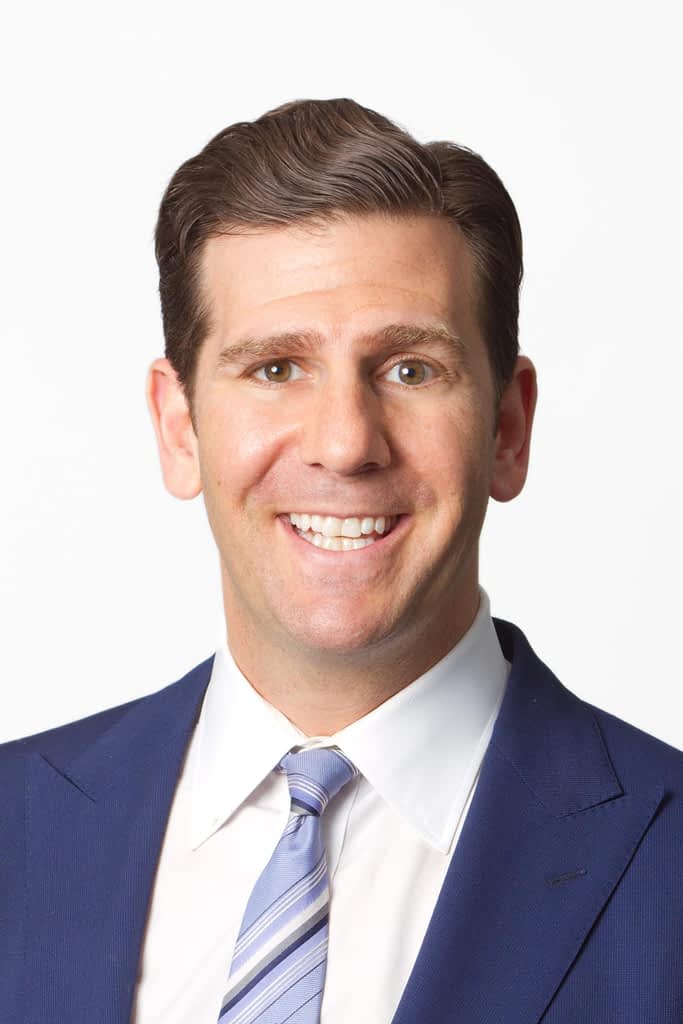 April is Parkinson’s Awareness Month, designed to raise awareness all over the U.S. and around the world. Parkinson’s disease (PD) is a chronic and progressive movement disorder, which means that symptoms are continuous and worsen over time. The cause is unknown, and there is presently no cure. However, there are treatment options, such as medication and surgery to manage PD symptoms.

The specific group of symptoms that an individual may experience can vary from person to person. Primary motor signs of Parkinson’s disease include the following.

Adam Lipson, MD, of IGEA Brain & Spine is a specialist in deep brain stimulation (DBS), the most current and common surgical treatment for the symptoms of Parkinson’s disease and other neurological conditions. Below, he answers questions on this procedure.

Deep brain stimulation (DBS) is a surgical procedure that treats neurological symptoms resulting from Parkinson’s disease and other neurological disorders. The procedure is designed to reduce these disabling and involuntary symptoms, which include tremor, stiffness, movement and walking problems. DBS involves implanting a neurostimulator (a medical device that includes electrodes) in certain areas of the brain. The electrodes emit electrical impulses to regulate the abnormal signals in those people with motion disorders, such as Parkinson’s disease. DBS is also referred to as a “brain pacemaker,” since the heart pacemaker is the origin of its technology.

Why is DBS different than traditional therapies for Parkinson’s disease?

There are many medical therapies for Parkinson’s disease, but it is still a progressive neurological disease. For example, Sinemet (a typical medication) is frequently taken four to six times a day, but there are a lot of side effects with medications. Thus, there is a strong and clear-cut role for surgery to improve function.

Why did you undertake this treatment?

I’ve always been fascinated by neuromodulation surgery. In neurosurgery, we are inclined to take something out; i.e. remove parts of the brain. We remove portions of the brain to treat tumors, vascular malformations and hemorrhages. Traditionally, as recently as the 1980s, in an attempt to relieve symptoms, we would selectively ablate or destroy portions of the brain in order to obtain relief from Parkinson’s disease symptoms. Part of my personal interest is reflected in my original research with spinal cord injury when I was on a Fulbright fellowship in Sweden in 1997. I was fascinated with the idea of ‘how do we repair the central nervous system’? I was naturally fascinated by the idea that we can place an electrode in the brain and non-destructively impact brain function.

I like the idea of restoring function with neurostimulation surgery. There are many technological advances occurring all the time. The field itself is always improving, getting safer, more precise in the electrode placement, minimal time for recovery and a positive impact. It’s very exciting. I’m very encouraged by the field of neuro-electrical interfaces, which are having an impact on brain or spine conditions right now. This is an emerging field and it’s satisfying to be part of that, see better results among my patients and work with the technology that will grow in the generations to come.

What is the history of DBS?

In the 1980s, neurosurgeons did traditional surgery, which meant removing parts of the brain. DBS originated with Dr. Alim Benabid, a French neurosurgeon and researcher. During the course of traditional surgery, performing thalamotomy or pallidotomy, he was testing to make sure the electrode was properly placed. He made the observation that the electrical stimulation at varying frequencies could suppress tremors. He had the realization that we don’t need to destroy parts of the brain to achieve the same effect.

DBS was approved by the FDA in 1997 for a condition called essential tremor (a neurological condition that causes uncontrollable rhythmic trembling) and for Parkinson’s disease in 2002. There have been remarkable technological advancements in this procedure ever since, to the point where it has become the surgery of choice. Older surgeries, such as pallidotomies and thalamotomies, that are now used less often, entail selective destruction of parts of the brain. In fact, Michael J. Fox, well known as a Parkinson’s disease advocate, had a pallidotomy years ago. He chose that option before DBS was widespread. Once people have those more invasive procedures, it is not possible to have DBS.

How does DBS work?

There are three FDA-approved indications for DBS: dystonia (abnormal muscle tone resulting in muscular spasm and abnormal posture), Parkinson’s disease and essential tremor (defined above). Each has different electrode placement targets in the brain. I do DBS for all of these conditions. There are different theories about how the electrodes work to return function. Our current understanding is that steady frequency stimulation to the selective region of the brain in which the undesirable symptoms originate inhibits excessive and abnormal neuronal activity.

Timing of the surgery is important, correct?

Among many considerations, patient disability is an important measure. When people get to the point they cannot walk well or they are wheelchair bound, they’ve been very deeply impacted. That’s too long to wait, and DBS cannot bring them back to an ambulatory status. We want to keep people walking, active. That’s where DBS is more appropriate.

What can people who undergo DBS expect?

In Parkinson’s we refer to “on” and “off” states. When a person feels better with new or an increased dose of medication, he/she is said to be in the “on” state. As the medication wears off or loses effectiveness, the person is in the “off” state.

I tell Parkinson’s patients to consider their function when they are both on state and off state. The goal of DBS is to duplicate the best function in the “on” state. That is what a person should expect from DBS – more function, better ambulation.

What is your success rate, and what do you consider a success?

My definition of success is either a decrease in medications or an improvement in function, or both. I’ve had a 90 percent response rate with DBS, with a minor complication rate of 1 percent and an even much lower major complication rate.

A lot of people are very frightened about the prospect of brain surgery. And while it’s not entirely risk-free, we are trying to get the side effect rate as close to zero as possible, and the success rate, which is already high, as high as possible.

The Wall Street Journal in 2012 quoted a study in the Archives of General Psychiatry stating that DBS could also be beneficial for cognition and depression. Do you find this to be true?

There is currently a lot of debate on this topic. There is some speculation that where in the brain you put the electrodes may worsen certain function, such as loss of cognition. However, a lot of loss of cognitive function and the onset of depression are connected with worsening physical function. When we address that function, we see improvement in cognition and mood. So, obviously a big part of decision-making is where to put that electrode as not to adversely impact certain aspects function.

Who is a good candidate for DBS?

My definition of good candidates are those of most any age, ideally under 85, who have a response to medication but are (1) finding that they have side effects; (2) are finding they need to increase the dosage or frequency of the medications; (3) are experiencing loss of function, such as walking. I’ve treated people from age 20 to age 83, and treated nearly 50 patients with DBS.

Who should be evaluated?

Any of those on medications for Parkinson’s disease who want to educate themselves further on surgical options or are dissatisfied with medications. DBS is also used for essential tremor. This condition affects one in four people over the age of 55. It responds to alcohol (granted, not a great medication) and beta-blockers, but 50 percent of the time people still have the tremors. DBS is a very successful surgery for this condition, and comprise about a third of the patients I treat with DBS. I had one patient who couldn’t use his right hand, couldn’t write or hold a cup of coffee or use utensils to eat. He was 81 years old. We did DBS and he got off the table and could immediately use his right hand.

How do patients get evaluated?

Sometimes patients are encouraged by a neurologist to seek surgical option. However, many people are frightened and not so well informed. They rely on their peer groups, such as Parkinson’s organizations online. I think it is always beneficial to come in to speak directly with me, even if they are shy to talk to the surgeon. We don’t do a good job of educating people on this technology. The number of patients getting DBS is only 10 to 15 percent of those who could potentially benefit. I would never minimize brain surgery but this is something with relatively minimal pain that can be really impactful.

I tell people this surgery is a complex decision. Half the time I tell the people I see, “You’re not ready for DBS.” During these discussions I never pressure anyone towards surgery, but I explain the surgery and what to consider. While it’s not for everyone, in certain circumstances, it can be incredibly helpful. As neurosurgeons, I view us as advocates for our patients to get the best treatment possible. Education goes a long way. People should use every resource available, and we are part of that. People really need to talk to someone who does these procedures to get a proper sense of what they are about.

What is on the horizon for DBS?

We are hiring a neurologist at IGEA to make our practice a “one stop shop.” There are many new directions with DBS both in terms of target placement of the electrodes to better stimulation technologies. A number of companies are coming up with technologies to make DBS even more effective.