A Closer Look at Moyamoya Disease 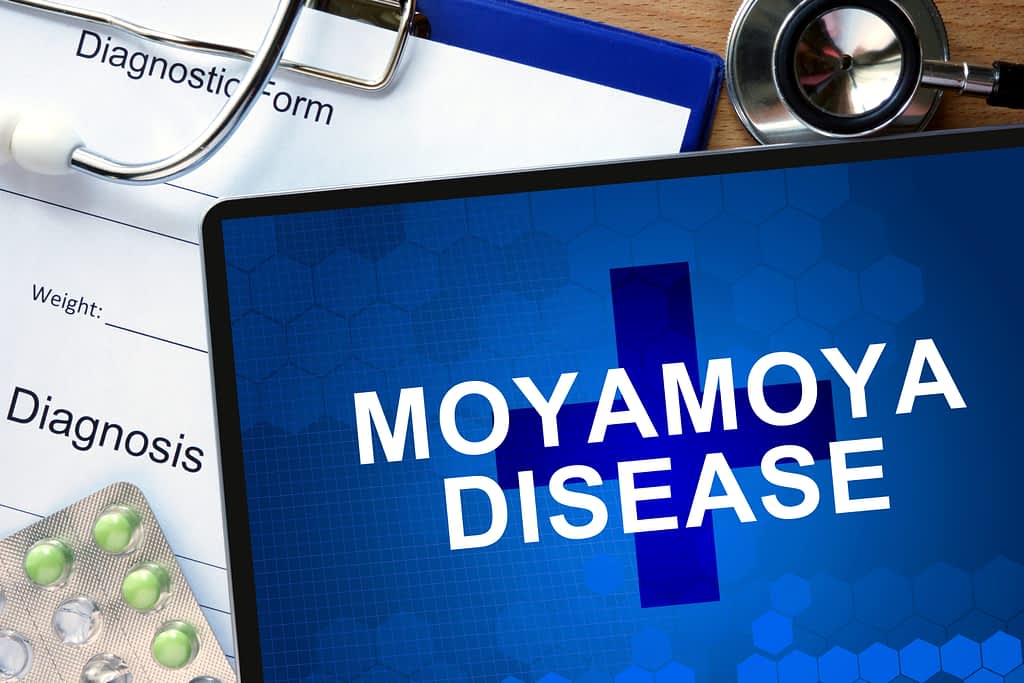 Moyamoya disease—also known as progressive intracranial arterial occlusion—is a rare disorder in which the carotid artery in the skull ends up blocked or narrowed, reducing the flow of blood and oxygen to the brain. In an attempt to compensate, small, fragile blood vessels develop at the base of the brain. The disease is named after these blood vessels as they resemble a puff of smoke when detected in an angiogram; moyamoya is a Japanese expression that means “something hazy like a puff of smoke.”

Though this disease can occur at any age, it typically develops in children between five and 10, and adults between 30 and 50. It is more common in Japan, Korea and China, but does appear in other parts of the world, as well.

Currently, the cause of moyamoya disease is unknown. However, there are a couple of theories as to why and how it develops. To start, the development of the disease has been linked to other conditions, such as sickle cell anemia, hyperthyroidism, Down syndrome and Graves disease.

Additionally, mutations (approximately 24) in the RNF213 gene occur that forces one type of amino acid to change into another. Amino acids are the building blocks of the body. Researchers are still unsure as to how these changes result in blood vessel changes in patients with moyamoya disease. That said, there are studies that suggest that the evolution of the RNF213 gene helped facilitate a large amount of blood flow required for large, hungry brains.

What are the symptoms of moyamoya disease?

Unfortunately, most patients don’t know anything is wrong until they have an ischemic stroke or a transient ischemic attack (TIA). This is especially true for children with the disease. Although adults can have a stroke or TIA as their first symptom, they are more likely to experience bleeding in the brain (known as a hemorrhagic stroke).

Since stroke is the primary symptom of moyamoya, it is important to recognize the symptoms of a stroke. Effective, speedy treatment is key in minimizing permanent damage to the brain and dictates what treatment should follow hence.

F.A.ST. is a quick and easy way to remember and recognize the signs of a stroke:

Face drooping: Does one side of the face droop or is the smile uneven?
Arm weakness: Are one of the arms numb or weak? If you ask the person to raise both arms, does one drift downward?
Speech difficulty: Is speech slurred? Is the person unable to speak or difficult to understand?
Time to call 9-1-1: If you or anyone shows signs of these symptoms (even if they disappear), call 9-1-1 for immediate medical attention and note the time when symptoms first appeared.

Meanwhile, other symptoms of moyamoya disease can include:

If you’ve been diagnosed with moyamoya disease, don’t wait to get the care you need and deserve. Contact us today to schedule a consultation with one of our specialists.